The Kodaikanal observatory have been acquiring photoheliograms of the Sun, at the 3933.67 Å, since 1904 on daily basis using a 15 cm aperture telescope. Details on the instrument, calibration etc. are described in Priyal et al 2014bSolar Physics, 289, 137

These plates have been used for polar network Index identifications by Priyal et al 2014a, ApJ, 793, 4 and also for automated plage identification by Chatterjee et al, 2016.

Click here for a 3-D view of the butterfly diagram


This data has also been used by Mandal et al 2016 to establish the one-to-one connection between the sunspot and the plages. 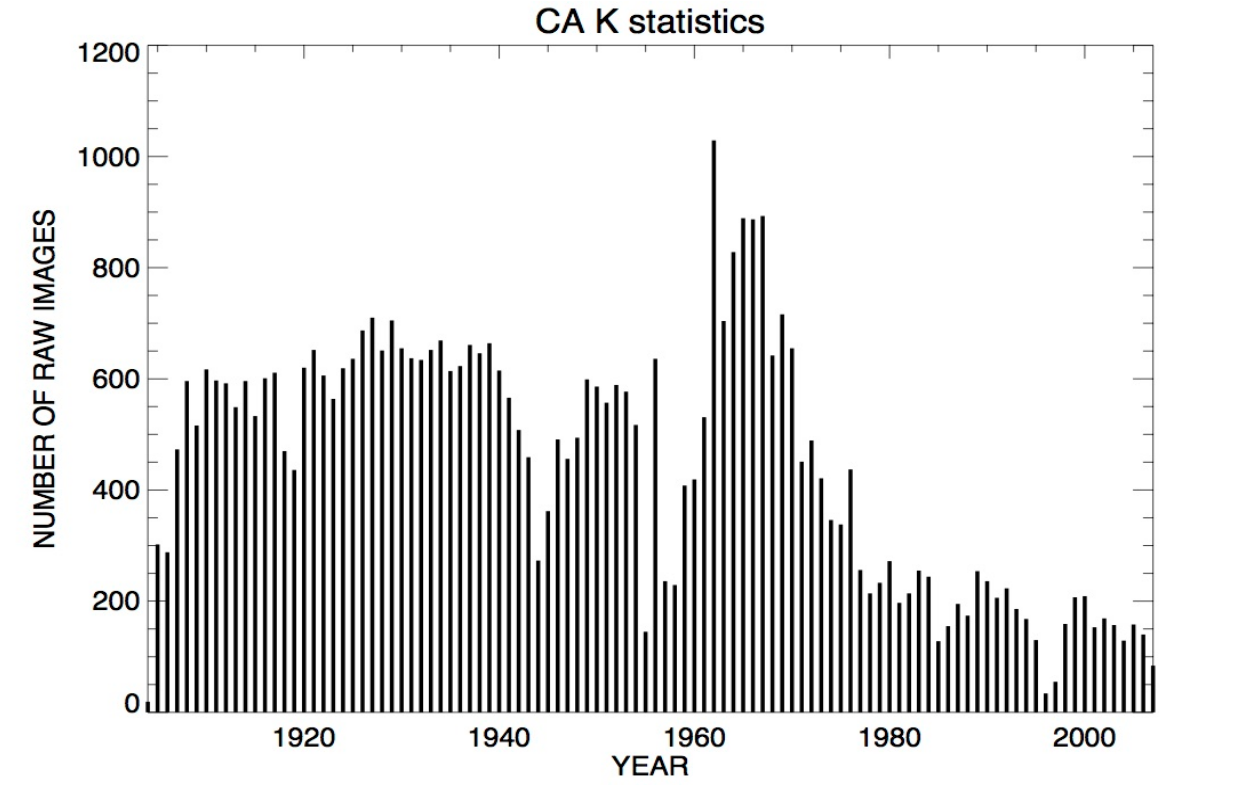 Using the same set up used for Ca-K data by blocking the disc observations are carried out since 1904. Distribution of the data set is shown below. 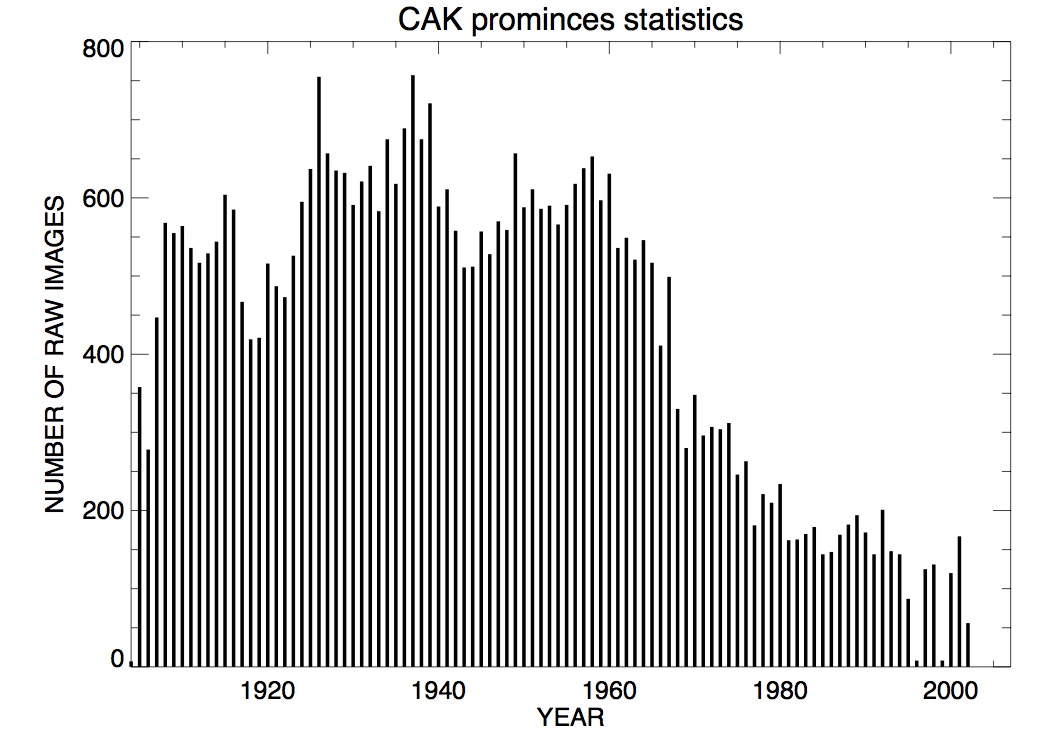