The Madras Observatory was founded by the British East India Company in 1786 to promote the knowledge of Astronomy, Geography and Navigation in India. For over a century it was the only astronomical observatory in India. Astronomer Norman Pogson, known for the definition of magnitude scale, was appointed as the Government Astronomer of Madras Observatory in 1861. In 1882, Pogson proposed the need for photography and spectrography of the sun and stars using a 20-inch telescope, which could be located at a hill station in South India. After Pogson's death in 1891, Michie Smith took charge of Madras Observatory. A series of initiatives were taken in 1893, following the recommendations of a high level committee chaired by Lord Kelvin to establish a Solar observatory in Kodaikanal based on its southern, dust free, high altitude location. Transfer of equipment and personnel from the Madras Observatory to Kodaikanal began in 1895 and the Observatory was founded on April 1, 1899. 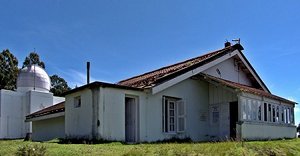 Regular observations of the sun began at the Kodaikanal Observatory from early 1900s. White light images of the sun are being observed using a 6 inch telescope at Kodaikanal observatory since 1904. Solar magnetic plages and network are most easily observed in the strong chromospheric absorption lines, such as the resonance line of Ca II (called Ca II K) in the violet at 393.37 nm, which is the strongest solar spectral line observable from the ground. Consequently, photographic imaging in this line provide an important measure of solar magnetic activity. A spectroheliograph to image the sun in Ca-K line was ordered from Cambridge Scientific Instrument Company in 1902. It arrived in Kodaikanal in 1904. The Design was specified by George Ellery Hale (the inventor of spectroheliograph), in which the image of the sun and the camera remain stationary while the collimating lens, the camera lens, the prisms and slits are carried on a rigid frame, which moves at right angles to optical axis. A separate filter in the same instrument was used to image the sun in Hydrogen H-alpha line (656.3 nm).

In 1904, John Evershed was offered an appointment in Kodaikanal. He discovered the radial motion of sunspots using the solar imaging data from the observatory, which is now known as the Evershed effect. Adjoining image shows the building where Evershed made the discovery. Solar prominences were also imaged comprehensively at the observatory. The number of prominences recorded at Kodaikanal during the period 1904 to 1914 is nearly 60,000. Evershed took over as the Observatory director in 1911 after Michie Smith's retirement. T. Royds, A. L. Narayan and Amil Kumar Das headed the observatory between the years 1922 and 1960. M. K. Vainu Bappu took over as the observatory director in 1960. In 1977, Bappu established Indian Institute of Astrophysics (IIA) in Bangalore and most of the astronomers from Kodaikanal shifted to IIA.

More than 100 Years of solar images in CaII-K, white light, H-alpha and prominences are now available in the form of photographic films and plates at the Kodaikanal Observatory. These have recently been digitized and are now available for the community to use.